Sei means “Living”, Ki means “Energy”.
When combined, Sei-ki expresses the original primordial life energy from which all creation sprang.
In this sense, it is the energy of life in its purest form – that which existed before the opposing forces of yin and yang came into being. As such, it is the source, the basis of the universe.

​Internal Seiki, meanwhile, is this same universal energy existing inside each and every individual life.
It holds sharmoniously within itself the qualities of both yin and yang, without antagonism and duality. It is the spark at the heart of each person.
The unique insights of the Seiki Shiatsu method lie in the efficiency of the method’s stimulation of the body’s internal healing response.

With firm foundations in the fundamental principles of working with Ki, the treatment strengthens the flow of the patient’s life energy through the meridians.  These energetic channels are what generate the form and functioning of the physical body and are thus the focus of treatment.
To perform treatment, the therapist unifies with the patient through feeling their own internal Seiki while simultaneously recognising it in the other person.
This raises the initial spark of healing power which possesses an unlimited power for deep healing in the body and the soul. 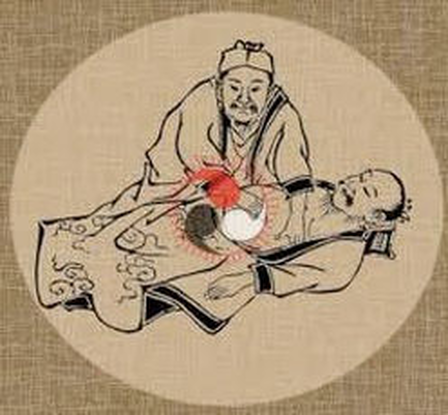 THE HISTORY AND DEVELOPMENT OF SHIATSU
The oldest identifiable roots of Shiatsu are those found in ancient Chinese medicine in the healing art of Doin-Ankyo. The self-healing practices of Doin developed flexibility, sensory awareness and energetic ki strength in the practitioner. On the other hand, the training in the techniques of Ankyo such as massage, pressure point techniques and joint manipulation was utilized in healing others. Furthermore, patients then used Doin exercises to aid their recovery and maintain good health. Practitioners too benefited from performing Ankyo through the activation of their energetic body and working with the power of positive intention. Together this harmonious and complementary relationship forms the base upon which shiatsu developed.
​
In the recorded history of manual therapy an observable trend can be seen, whereby therapies experience a stage of flowering, growth and then decline. This can be seen with Anma, the traditional Japanese massage therapy and immediate predecessor of what we now call shiatsu. It was widely mentioned in scriptures from the Han Dynasty (206 B.C.-A.D. 220). At that time, when manual therapy was a highly regarded medical discipline, Anma was considered a very powerful healing technique. However, when therapeutic focus shifted away and toward providing relaxation and pleasure, ongoing research and development declined.
​
Chinese medicine is only one of many fields that have influenced Japanese culture. However, there were significant outcomes for medical practice with techniques being introduced, absorbed and refined into new methods such as Hara-tori and Fudu. These used hand pressure to palpate the abdomen or Hara in order to diagnose and treat the meridians.
​
Outside influences were to continue to shape the path of Shiatsu’s development, none more so than during the Meiji Period (1868-1912). Then western ideas about anatomy, physiology, pathology and practices such as psychotherapy were to have significant impacts and lead to rapid changes in the practice of medical treatment. Its rationales and processes came to be explained in a more logical and scientific manner. Emphasis was placed on technical and material terminology. Many schools shifted away from traditional teaching methods that considered the spiritual and holistic aspects of treatment. The shift to mass education saw teaching approaches that focused on the study of knowledge in written form, memorization of meridian charts, and techniques based on fixed sequences of points. In many cases, concepts such as ki and meridians came to be seen as belonging to a backward culture based on superstition and were discarded. Such a focus on technical and theoretical knowledge saw the traditional methods fall in the estimation of the public and eventually become secondary to Western medicine.
During the Taiso period (1912-1925), however, therapists again started working with and articulating the effectiveness of manual therapy that was centered on the correspondence between mind and body. In 1919, with the publication of Shiatsu Ho (The Shiatsu method) by Tempaku Temai, the term Shiatsu entered into widespread use. These new therapists practiced the pressure techniques of Anma, while combining their approach with other therapeutic practices including psychotherapy. In 1964, the success of their endeavors was acknowledged, when the Japanese government officially recognized Shiatsu as a unique therapeutic method.